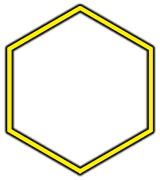 Vedma Steelshaper with Erode is basically a sweeper card all by itself. Propagandist becomes very tough to kill on a bight and the spells it gives are free triggers for Academy Analyst. Academy Analyst helps draw off rainbow and dig for Horn or other key answers. Primeval Son is a big body and the breath of wintertide it gives is incredible with Steelshaper or Shatterstone Palace. The Recursionist and Bald Mountain let you repeatedly recur earthslide, enough to push past multiple Misanthropia and Armageddon Angel in long control matchups.

Cuttable Cards and Other Options

The Recursionist is more of a fun card than a reliably good card. Troikasekt is a tech choice for dealing with FoC and Necromantic lists simultaneously, it can be cut for other options depending on the playing field. Bald Mountain is only useful against slower lists and can be cut in an aggressive meta.

Other cards which are worth considering include Terra Forma, which is suprisingly not bad with both spell synergy and abundant enchantments. Unfortunately the card is silver-bulleted by cards like Temptation, Detain/Deport, and Enforcer in a way that makes it still hard to justify in most metas. Vedma Skyranger is not bad either in this type of list, riding enchantments well and working with Horn to extend your reach, but I often found myself lacking enough gems to reliably activate her ability until very late in this list. If you're up against a lot of aggressive go-wide lists, Forked Lightning and Thunderclap can assist and synergize with Erode and the other fragile cards in this list. Field of Poppies and Brittleblast is a common go-to for fragile synergy, but I found them to be too low-impact unless I had specifically Shatterstone Palace in play already- they may be worth considering if you slant this list more towards blue.