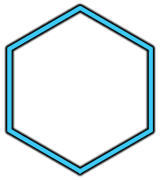 This is the version of RO I used to climb to Champ this season and after many iterations it finished with around a 70% win rate. Note that I did try Coliseum for a while and eventually opted back to JoS. I still believe JoS is the weaker path overall but works better for RO.

This deck plays similar to old RO variants but has inserted the Forge Package as another win condition. The ultimate goal is still to out value your opponent in the mid game with excellent trades and then win the game using 7rr / Grand Finale / Angel.

This deck has very strong matchups vs every deck except the current spell centered YG. It can stand up to Valks by holding Gig and Angel and especially with Arquebus, has great answers to RG, and with the addition of Historian now has even more Necro answers.

Obviously you want to forge your Triennial Patrol / Ruby Raider / Hand of S'ad. Arquebus only gets forged if you're about to play Finale or absolutely need the gem. Brass is in a similar state, though playing it on 5 is often wrong as it provides no immediate value or tempo.