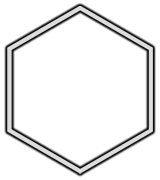 This aggro deck might look familiar to you if you played Mythgard in the last 6 months. It got some pretty awesome cards with Rings of Immortality. The game-plan is still the same: WE GO FACE!

K-nine is an insane aggro 1 drop even outside of canine synergy.

Higher Ground is such a valuable enchantment and really enables this deck. It's straight gas since aggro decks usually end up losing due to having card disadvantage or not being able to top-deck the perfect card, but this card solves both of those issues since you can use the divination to find the perfect answer for lethal or to keep fueling your hand with free enchantment draws off of rainbow's end.

Storm Seer lets you clear the way and reduces enchantment costs so you can do more on each turn. It also has good stats, especially when it's on an enchantment.

Svinn lets us do awesome silly things like play a really cheap Stairway to Hades (with Seer on board as well it can be cast for 2 RR).

Ruby Raider is an insane card that can be used to clear the way or simply as another rush minion when forged.

Vampire historian has great stats and Life Tap so we can race, but most importantly adds a copy of Amnesia to our hand which will make our opponents scared to contest.